A bit ago Isabel and I had lots of fun creating this Cardboard Bus and decorating it with colourful  leftover fabric from sewing projects. 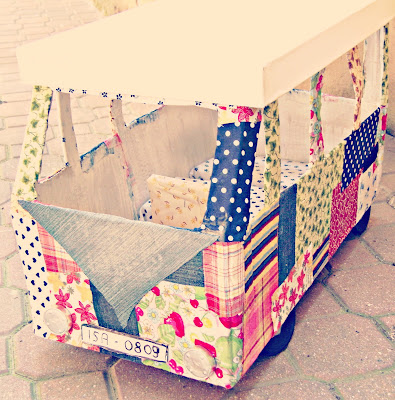 This is how we proceeded:
We took a cardboard box suitable to be transformed in a bus for Isabel´s dolls and plush friends.
We cut out the windows and the door and we created bench seats for the passangers, a seat for the driver and a dashboard using cardboard pieces. 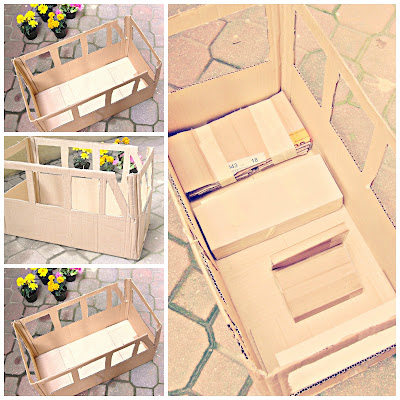 We were lucky because we found a lid of another cardboard box spot-on for being our bus top.


Isabel glued the fabric remnants to the bus and the seats. 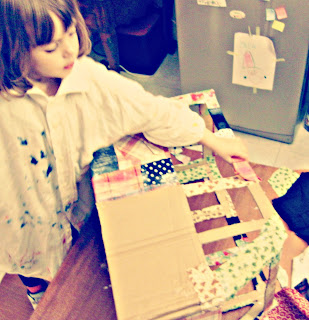 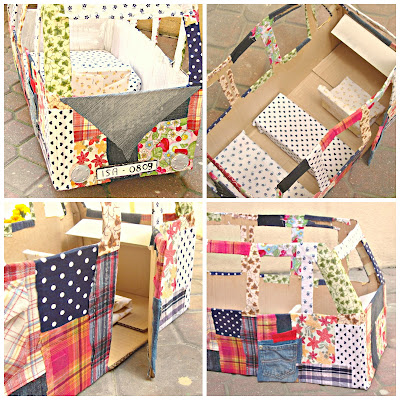 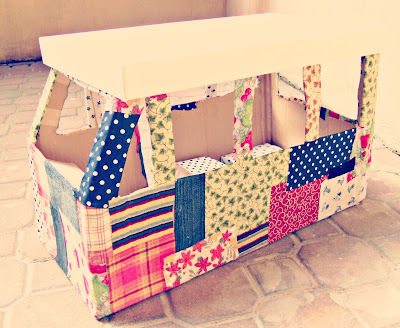 For the wheels we used a camembert box.
We cut it in two halves and Isabel painted it with grey and black acrylic paint. 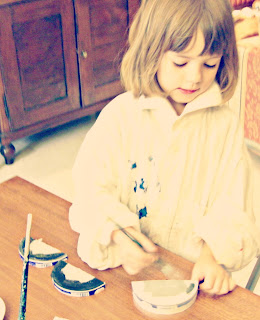 The finished wheels and a magazine picture of a car dashboard: 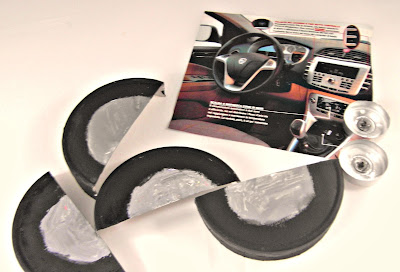 Next we attached the wheels to the bus´ bottom side. We used glue and a Staple Gun Tucker
– just to be on the safe side. We fixed a cardboard support as well, because the wheels
alone are not able to carry the weight of the bus. 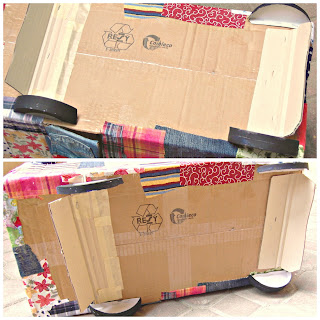 We glued the dashboard picture. 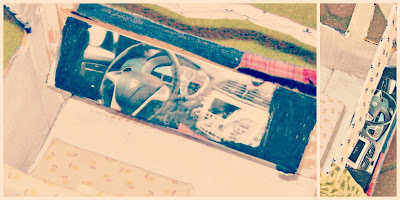 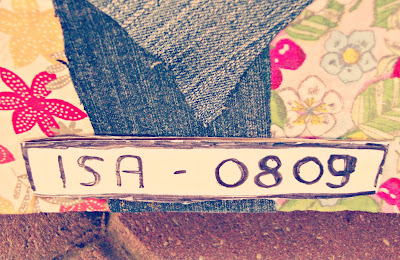 We used a tea light as headlight. 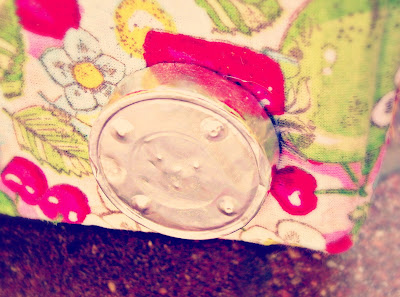 Snoopy is the driver. 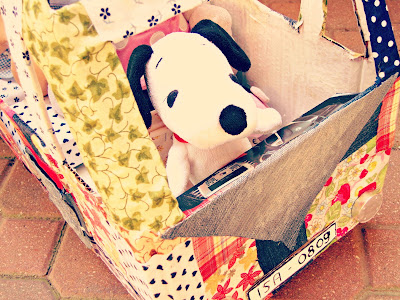 The travellers´ first trip with the Cardboard Bus - Bon Voyage ! 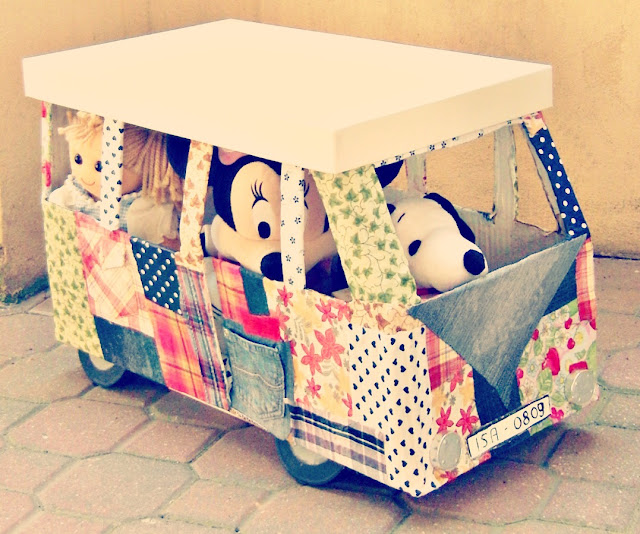 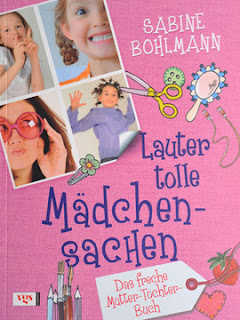 
Unfortunately it´s available in German language only. But most of the projects you can easily understand thanks to the number of pictures in the book.

Katja Kalio
My name is Katja and I live in Verona. I´m originally from Germany but 10 years ago I moved to Italy where I met my husband and where my daughter Isabel (5) was born. This blog is a space for me to share my crochet work and the little things I create together with Isabel.