At the Museum of Twentieth Century

Finally I find the time to tell you what we did after our "Cappuccino in Milan".
We visited the Museum of Twentieth century
(ital: Museo del Novecento).http://museodelnovecento.org/en/ .

The museum is renowned for it`s unique collection of futurist paintings. And it is sited near Duomo square in the Arengariopalace, a complex of two symmetrical buildings designed by architects Piero Portaluppi, Giovanni Muzio, Pier Luigi Magistretti and Enrico Agostini Griffini.


The construction of Arengariopalace began in 1936 and was completed in 1956. In the 2000s the palace was restored and adapted by architects Italo Rota and Fabio Fornasari to house the Museo del Novecento, which was inaugurated in 2010. 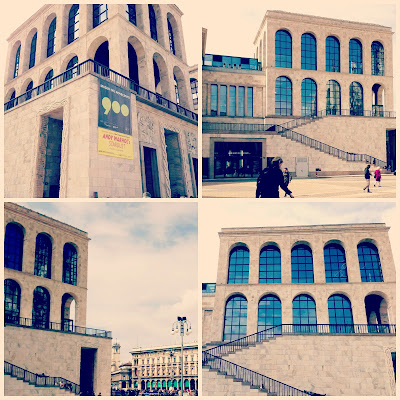 The entrance and the beautiful hallway of Arengariopalace are really imposing and first masterpiece that catches the visitors eye is Giorgio de Chirico´s sculptural group "Mysterious Bath" . Originally it was conceived to be placed in Parco Sempione.

The group takes it´s name from a famous 1930´s cycle of painting in which de Chirico revisited his childhood memory of a shore named "Anavros" in his native Greek city Volos. Umberto Boccioni,  one of the Futurism´s leading figures lived from 1880 until his death in 1916 in the Lombard capital.
Two of his masterpieces shown are "Development of a bottle in a space" and of course imposing "Unique Forms of Continuity in Space" 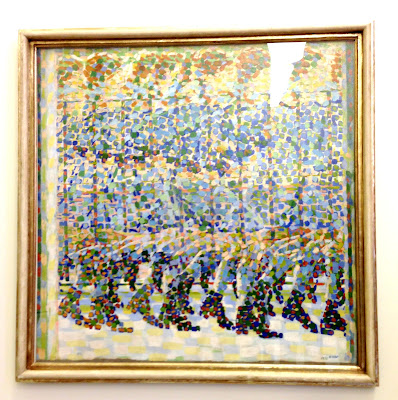 Of course in a museum dedicated to the Italian art of the twentieth century masterpieces of  Bolognese artist Giorgio Morandi and -again- Giorgio de Chirico can´t be missing.


Arturo Martini today is unanimously considered as the most important Italian sculptor of the Twentieth century. He´s represented with "Bust of a youngster"


and "Thirst" - another my favourite.


The ten shown sculptures created by Fausto Melotti were taking shape in Milan during the middle years of the Thirties: 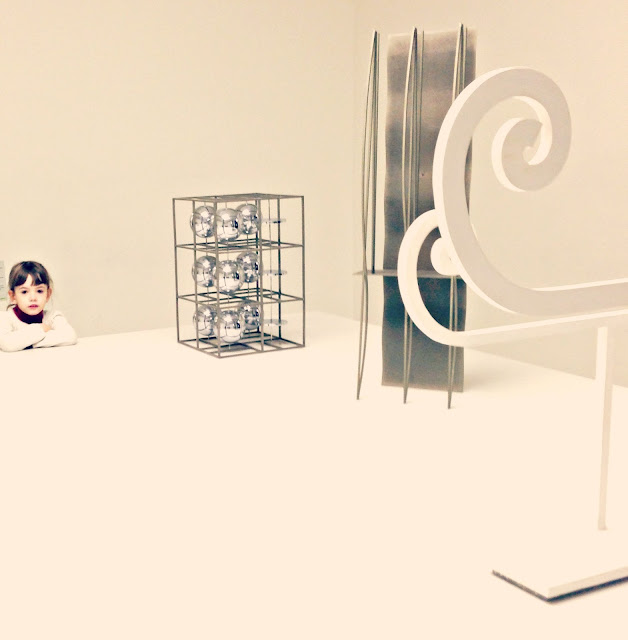 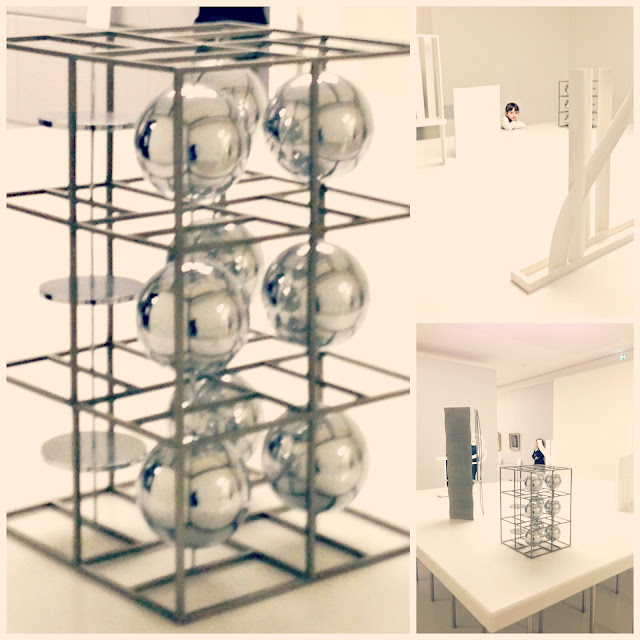 During the 1930s the cities of Milan and Como were the first and most advanced centers for the creation of abstract art. " Men on horseback" from Lucio Fontana can be seen the foreshadowings of radical negation of painting as imitation.


The artistic career of Lucio Fontana has  always been strongly linked to Milan.
He realized temporary installations for trade fairs and triennial exhibitions.
In the Museo del Novecento we find to exceptional works:
The "Spatial Ceiling" ( Soffito spaziale) was created in 1956 in collaboration for the dining room of "Hotel del Golfo in Procchio (The island of Elba).

And "Spatial light" (Luce spaziale-struttura al neon) is a large arabesque of fluorescent light, created for the Ninth Triannial in Milan in 1951.

At the last we were very very lucky because right in this moment the museum is showing " Andy Warhol´s Stardust" - Fine prints from the Bank of America Merrill Lynch Collection. 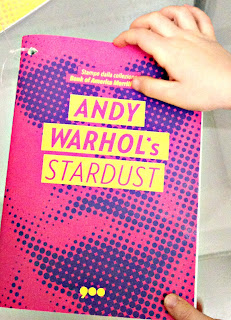 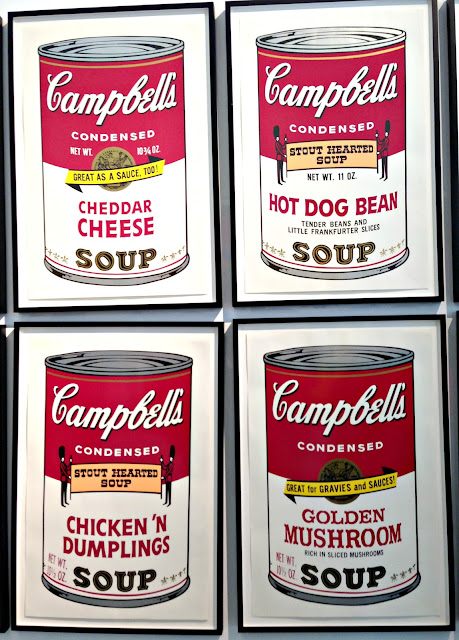 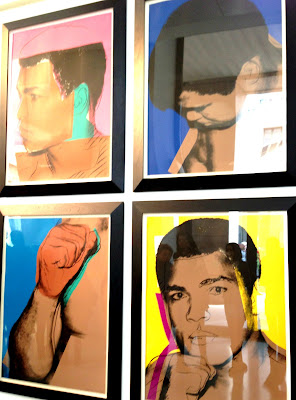 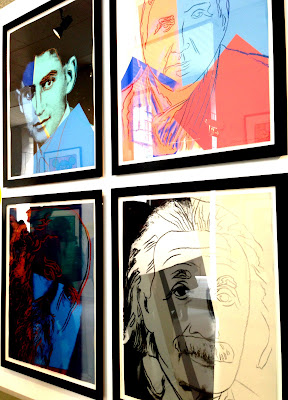 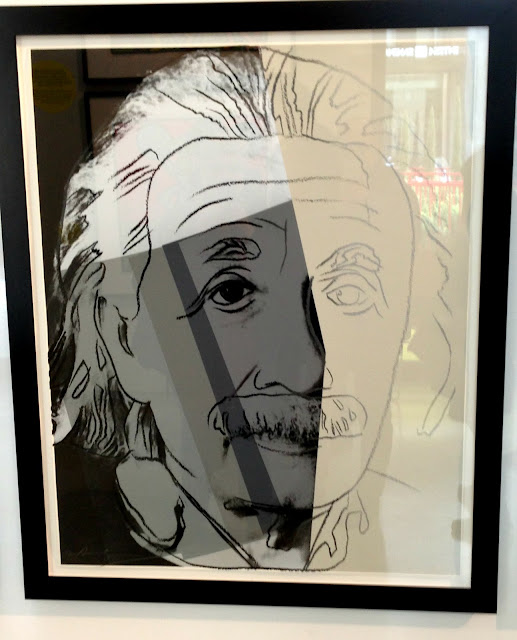 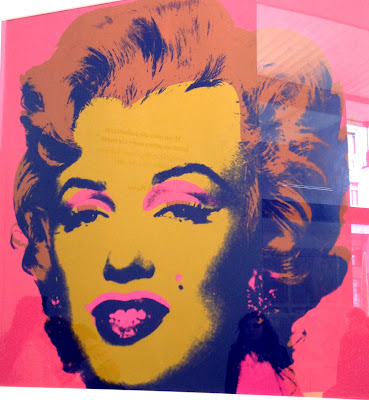 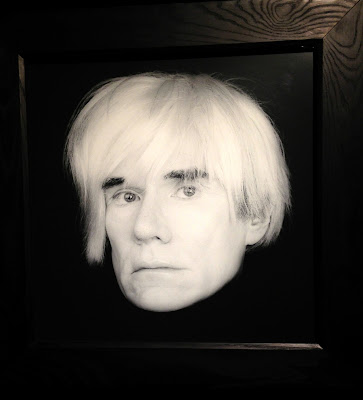 So if you come to Milan don´t hesitate in visiting the Museo del Novecento.  It´s worth it !
"Andy Warhol´s Stardust" you can still see until the eighth of September .

Katja Kalio
My name is Katja and I live in Verona. I´m originally from Germany but 10 years ago I moved to Italy where I met my husband and where my daughter Isabel (5) was born. This blog is a space for me to share my crochet work and the little things I create together with Isabel.